Our partnership with Skiddle

Find out how staff at Skiddle have been supporting people living with cancer by holding events, fundraising, and asking customers to consider donating when they buy event tickets. 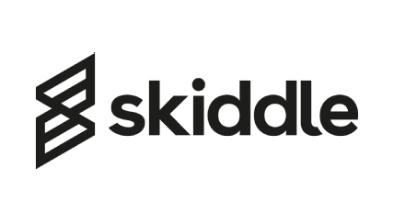 Skiddle and Macmillan – just the ticket for people living with cancer

Skiddle and Macmillan have worked together since 2016, with the initial ambition of raising £53,000 in the first 2 years. Since then, the award-winning online ticket outlet and events guide has raised over £250,000 to support people living with cancer in the UK.

Skiddle achieves this through various events, staff fundraising, and asking customers to consider a donation to Macmillan when they purchase buy event tickets. Skiddle co-founder and director, Rich, also organises Lancaster-based Highest Point Festival, and invites Macmillan to fundraise at the event each year.

Our partnership with Skiddle began when Chris Glaba, an employee and close friend of co-founder and director Rich Dyer, was diagnosed with cancer. Chris sadly died in December 2016.

Speaking about the partnership, Richard Dyer, Co-Founder and Director of Skiddle, commented:

‘If you had told me, in 2016, that we would be standing here today, having raised over £300,000 for Macmillan Cancer Support, I wouldn’t have believed you. Supporting this cause is overwhelmingly important to us and there is no better feeling than exceeding a fundraising target, especially when it’s for something that means so much to me and the team at Skiddle.’

'Supporting this cause is overwhelmingly important to us.'

Talk to our team today